Universal Audio’s LUNA software transforms your Mac into a fully integrated recording system. It’s a super-fast recording environment for music production, editing, and mixing, and thanks to its seamless hardware/software integration with Apollo and Arrow, deploying your DSP-accelerated plug-ins will be easier than ever. But to get the most out of your rig, you'll want the LUNA Creator Bundle. For starters, this extension/plug-in bundle will infuse LUNA’s mixer with ultra-realistic Neve 80 Series console summing and Studer A800 tape emulation. These aren’t mere plug-ins, either. Rather, these extensions inject the mixer itself with the sound of transformers and tape — no need to instantiate a bunch of plug-ins on each channel. The LUNA Creator Bundle also includes two software-based instruments, bringing UA's expertise in modeling, sampling, synthesis, and signal processing to virtual instruments for the first time. The LUNA Creator Bundle — just like the LUNA software itself — is a must-have for Apollo and Arrow users.

When most of us think of a professional studio, we conjure up images of a Neve 80 Series console — this larger-than-life, analog-flavored sound is the sound of a large, pro-level studio. LUNA’s Neve Summing extension is a spot-on emulation of the summing circuitry from a legendary Neve console, featuring the harmonic-infused sound of a 1272 summing amplifier. Best of all, there are no plug-ins to mess with. Once you install this extension, the sound is baked right into LUNA’s mixer. The end result? More punch and dimensionality — the same adjectives we’d use to describe the sound of a world-class console. LUNA’s Neve Summing extension is guaranteed to transform your sterile, digital-sounding mixes into classic-sounding recordings. 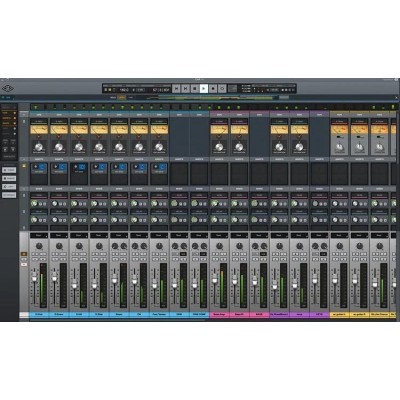 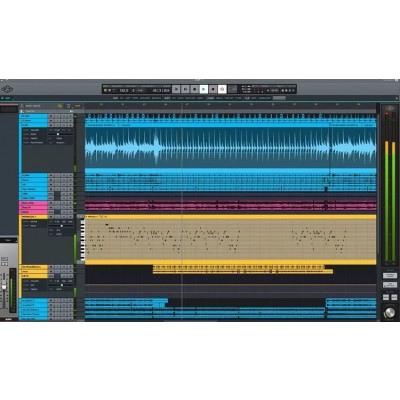 The Holy Grail of recording is fat analog warmth. It’s what most of us have been striving for since tape-based recording started fading away in the late 1990s. Thanks to LUNA’s Studer A800 Multichannel Tape Recorder extension, you can get that sound without troubling yourself with an expensive — and notoriously temperamental — 24-track tape machine. This extension injects every audio and instrument track in your session with a familiar-sounding warmth and punch that’s sure to inspire. And, like all LUNA extensions, Studer A800 Multichannel Tape Recorder is integrated directly into LUNA’s mixer, eliminating the need for instantiating individual plug-ins on every track in your session.

The LUNA Creator Bundle also includes two mind-blowing virtual instruments — a legendary synth and an industry-standard grand piano. Whether you’re chasing fat, pulsing basses, searing leads, or celestial-sounding pads, LUNA’s Minimoog delivers the goods. This hyper-accurate and inspiring Minimoog synthesizer emulation was developed in close partnership with Moog Music. Based on UA’s renowned sampling, physical modeling, and their exclusive Ultra-Resonance technology, LUNA’s Ravel Grand Piano offers a breathtaking model of a Steinway Model B grand. This bang-on emulation exhibits all the sonic nuance of a real Steinway — the studio classic piano. When we demoed these virtual instruments here at Sweetwater, we were more than impressed — they’re top-shelf demonstrations of Universal Audio’s superior modeling techniques. If you’ve been impressed by UA's analog-modeled studio gear, you’ll be equally impressed by these. 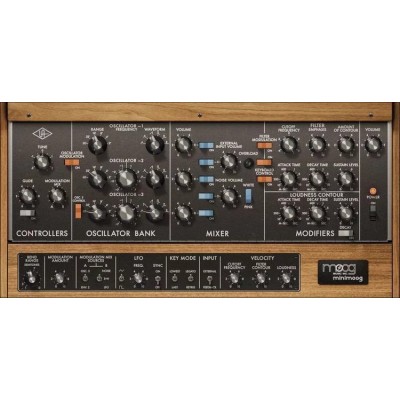