Oxygen MIDI controllers have always offered excellent features and performance at an affordable price point. Now, M-Audio has taken Oxygen to the next level with Oxygen Pro, which provides everything you need to make music at a pace that keeps up with your professional creative workflow. It all starts with a newly designed velocity-sensitive, semi-weighted keybed with aftertouch and assignable zones. For beat production, clip launching, and more, Oxygen Pro is equipped with 16 backlit, assignable, velocity-sensitive RGB pads with Note Repeat. Oxygen Pro 49 and 61 feature nine onboard faders and eight assignable knobs and buttons; the Oxygen Pro 25 forgoes the faders and buttons in favor of a compact design that fits in your backpack. All three models rock a road-ready, USB bus-powered chassis with an intuitive layout and informative OLED screen that’ll have you up and running right out of the box.

The Expressive Power of Aftertouch

Normally only found on high-end keyboards, aftertouch is one feature you might not know you need until you’ve actually used it.Perhaps the best example of aftertouch in action is leaning into a note you’re already playing to apply some tasty vibrato to the tail end. Oxygen Pro is fitted with a mod wheel, and although it lacks an expression pedal jack, you can commandeer any of its assignable knobs for any continuous controller function. 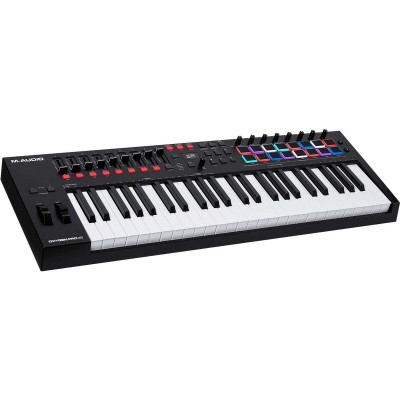 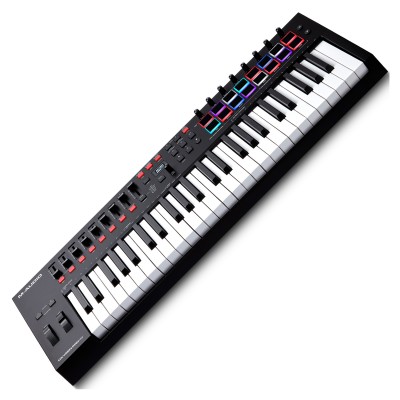 Everything You Need To Make Music